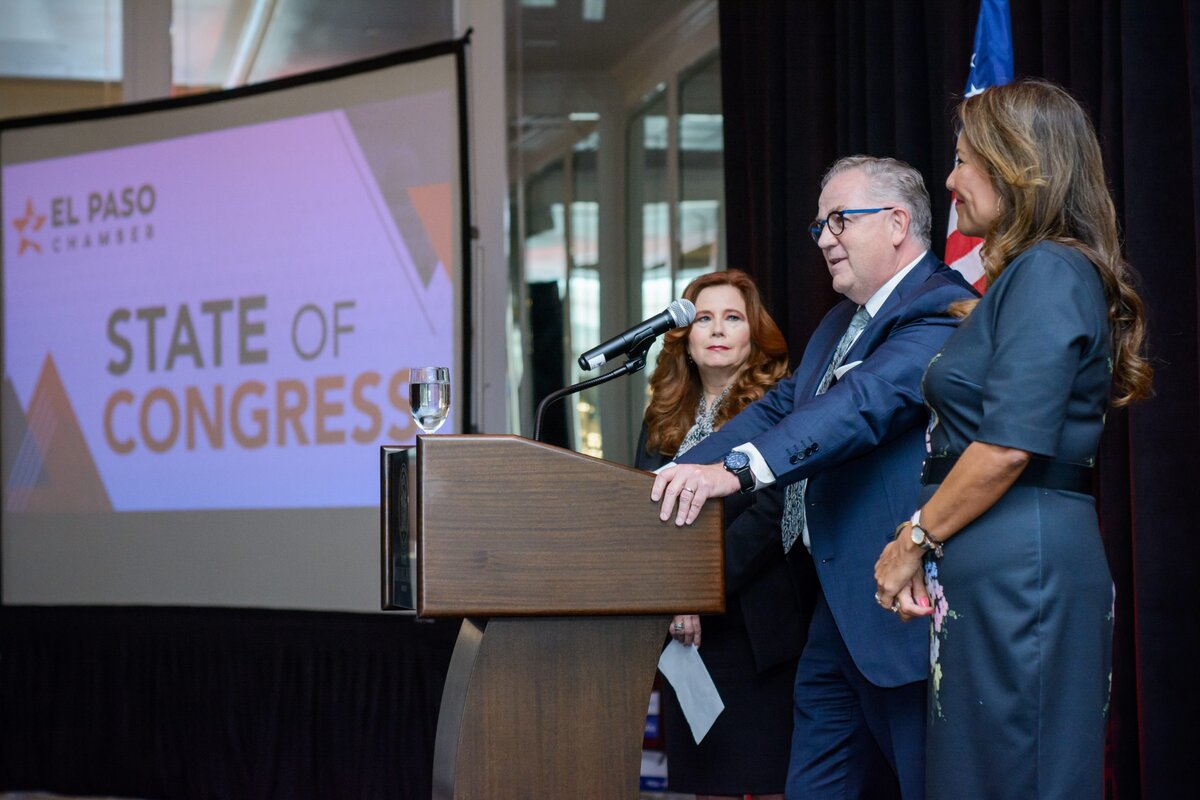 The El Paso Chamber hosted Congresswoman Veronica Escobar for the 2021 State of Congress event on August 17th at the Paso del Norte Hotel. Excitement was palpable for the event as it was the first, face to face, State Of in more than a year! “We were pleased to host the Congresswoman for this important event, not just as a way to kick off this year’s State Of series, but also to welcome Chamber members and community members back to face to face events,” explained EPC President and CEO David Jerome. He added, “Congresswoman Escobar has been a great partner for the Chamber and its members, and it was good to hear about her accomplishments and legislative plans for the coming Congressional session.”

Escobar discussed efforts to continue mitigating against COVID and explained her efforts to generate PPP funds for local businesses, as well as efforts to aid restauranters coming out of the pandemic. Legislatively, her efforts have resulted in several projects and sizeable, federal funds that have come back to the 16th District. Her presentation framing echoed that of Chamber efforts to rebuild and reimagine, post the pandemic. She also discussed efforts to add to the infrastructure of El Paso, including support for enhancing the Stanton Street bridge, John Hayes Street on the eastside, and adding to colonia infrastructure throughout the district.

The State of Congress also included insight into how Escobar will advance her legislative agenda. She is focused on budget reconciliation, climate change and the pressing concerns raised by the recent UN reports, immigration, Fort Bliss and funding through the National Defense Authorization Act, among other policies. The Congresswoman reaffirmed her support of the business community and is working hard to develop opportunities for additive manufacturing and defense contracting throughout the El Paso economy.

As the Congresswoman acknowledged, there are challenges on the road forward, but with partners like the El Paso Chamber and El Paso businesses, the future looks bright.

Stay Updated with our Newsletter